The newly established East Europe Biennial Alliance (EEBA) is comprised of Biennale Matter of Art Prague, Biennale Warszawa, Kyiv Biennial, and OFF-Biennale Budapest. As contemporary biennials have become an important vehicle placing art in new contexts and reaching new audiences, the Alliance is designed to enhance the role of biennials in shaping new forms of international solidarity, expanding socio-political imagination, and developing alternative cultural solutions. Through connecting aesthetics and politics in a strategic manner, the Biennial Alliance aims to propose a different narrative of the East European region and redefine the way cultural institutions collaborate.

The creation of such an international inter-biennial Alliance sets an important institutional precedent as a contraposition in culture to the ideological trends that define, in particular, the political state of affairs of Europe’s East. Over the last decade, this region has become a battleground for proxy wars and an authoritarian right-wing populism as a general upcoming prospect. In the political context buttressed with growing nationalistic tendencies, hardening of borders, narrowed public space, and vulnerability of the civil realm, the conglomerate of biennial organizations presents the generative power of a self-critical institution that enacts the biennial format as an artistic tool for political emancipation.

East European biennials have emerged as a new phenomenon related to the biennalization of contemporary art. At the same time, they differ from the established biennials in the main centers of the art world. They operate under precarious conditions with limited possibilities, oftentimes without city or state support, though speaking explicitly on the political situation in which they find themselves. They are grassroots endeavors conducted by local collectives with curatorial strategies deeply grounded in the current socio-political realm. The Biennial Alliance supports each other’s curatorial work and exchange through sharing experience related to ways of communication with city/state representatives, relationship with the audience, and strategies to reach it through socially critical projects as well as experience with art projects in public space.

The Alliance is the first network of its kind that brings together biennials to develop a shared vision and regional collaboration producing cross-border meetings, public events, and working on the common agenda for upcoming years. Based on current political constellations, it attempts to rethink the biennial format as a committed institutional practice working with contemporary art practitioners from around the world. The Alliance’s activities are envisioned to be conceived and carried out on a joint basis by the respective biennial institutions. The Alliance is set up to lay the foundations for a network of both (infra)structural and thematic support that could function beyond the individual biennials while still being its point of origin, with a possibility to expand its membership in the future through including other biennials in the region as well as similar cultural initiatives.

The East Europe Biennial Alliance in its actions complies with the vision of politics, society, and culture beyond the nation-state. Through a number of artistic events, exhibitions, public programs, and the creation of a long-term collaboration mechanism, the Alliance attempts to discover the potential of cities in creating non-authoritarian cultural policies and finding ways to oppose the visions of culture based on a narrowly understood national identity. Establishing infrastructure for such inter-metropolitan cooperation prepares the conditions for multilateral activity in the region and beyond, bringing urgent topics from single agency to the international level. The creation of translocal knowledge within the Alliance through interconnecting the experiences and prospects of East Europe after the disillusionment of neoliberal transformation would contribute to imagining an alternative European project for the future.

Culture at Crossroads: What Collaboration Do We Want in Eastern Europe?

What should we expect from art and art institutions in the next few years or decades? What is their role at a time of a major social transformation? Why do we make or present art, for whom, and does it make sense to continue using the same formats and materials as before? What should art be focusing on and what difference can it make? Without a doubt, the current situation leads us to rethink and reimagine the way art institutions, art practices, and artists operate. We ask these questions from a perspective of artists and curators who operate in the Eastern European region – the periphery of Europe. As we have witnessed again during the COVID-19 pandemic, the interconnected global challenges take specific shape in our region. How are we, the art/cultural sector (institutions, curators, critics, artists, producers) preparing ourselves to operate in the future? How should we rethink the ways of creation, production, and distribution of artworks, projects, and events?
Online
An online symposium organised by the East Europe Biennial Alliance (EEBA) and its founding members Biennale Matter of Art Prague, Biennale Warszawa, Kyiv Biennial and OFF-Biennale Budapest within Biennale Ve věci umění / Matter of Art Prague 2020.
https://matterof.art/program/east-european-biennale-symposium

Borderlines in the East of Europe

The Arab revolutions of 2011 mark the end and beginning of developments that relate to the modern and universal legacies of emancipation, and their oppositions. Since the years 1987–1993 new ideas on the position of the individual in society, on the meaning and practice of citizenship and the relationship to the world have been articulated by a new generation of artists, writers, academics, and activists in the countries east of the Mediterranean. This movement culminated but not ended with the Arab revolutions, it persists. It is not confined to the Arab world or Middle East but is interconnected by ideas, solidarities and technologies across borders of territory, nation, language and identity. The symposium addressed stories of ideological deportations, the persistence of colonial modes in postcolonial lands, narratives of conflict, flight and border-crossings, questions of madness, gender and society, and the notions of crisis, solidarity and empathy beyond the borderline between Europe and the East.
Kyiv
Symposium of the Europe in the Middle East – The Middle East in Europe (EUME) research program of the Forum Transregionale Studien (Berlin) at Black Cloud – Kyiv Biennial 2019.
https://blackcloud.info/16-11-Borderlines-in-the-East-of-Europe

Nationalism, emigration and xenophobia. Will of redemption, otherness and welcoming. What connects Sicily with Poland and Ukraine? This international symposium traced the possible refractions and unions between the southern and eastern periphery of Europe. The event marked the opening of the exhibition “New Unions” as part of an artistic and political campaign initiated by artist Jonas Staal in 2016, which opposes the Remain/Leave dichotomy that frames the future of the European Union. Rejecting both the ultra-nationalist claim on “Leave” and the austerity-elite’s claim to “Remain”, Staal proposes alternative scenarios for new future unions: from a Transnational Union to a Communalist Union, from a Transcontinental Union to a Stateless Union.
Palermo
An international symposium at TRANSEUROPA 2019 co-organised with Biennale Warszawa and Kyiv Biennial in collaboration with Jonas Staal within Biennale Arcipelago Mediterraneo.
https://biennalewarszawa.pl/en/new-unions-connecting-peripheries/
https://transeuropafestival.eu/new-unions/

Even a brief look at the contemporary social and political zeitgeist proves that the (semi)peripheries of the capitalist world-system – from East-Central Europe to India to the Philippines to Brazil – are less than eager to imitate the West and to follow its path of development towards modern liberal institutions, but rather the opposite seems to be true: the centre is sliding more and more towards modes and patterns of socio-political organisation typical for the peripheries, with a turn towards nationalism, various forms of primordialism, a growing role of religion in public life, failing institutions of collective action, the increasing influence of an oligarchy and a mounting trust in authoritarian ways of solving social problems. Socio-political avantgarde has been de-centred for good and for bad: even if it means a reactionary vanguardism on many occasions, there may also be hope to be found in emancipatory and progressive struggles undertaken at the peripheries of capitalism. The symposium attempted to map this shifting landscape, with a special focus on the condition of the (semi)periphery.
Warsaw
Symposium at Biennale Warszawa 2019 – Let’s Organise Our Future!
https://biennalewarszawa.pl/en/zdecentrowana-awangarda-semiperyferia-kapitalizmu-i-historii-powszechnej/

Four institutions from Eastern Europe established a cooperation network and presented a joint statement concerning the socio-political role of biennale in the region. The forming of the cooperation was accompanied by an international workshop event and an open discussion panel.
Warsaw
International meeting of biennales from Central and Eastern Europe with the representatives of tranzit.cz / Prague Biennale, OFF-Biennale Budapest, Visual Culture Research Center / Kyiv Biennial and Biennale Warszawa.
https://biennalewarszawa.pl/en/biennale-international-2/

How to think of the biennale not only as a curatorial platform to get involved with contemporary art practices from around the world but also as a tool and process through which we change the way in which contemporary art institutions are run? Is it possible to reform the biennale, so that it operates under more equal economic, gender, and ethnic power relations and under conditions of ecological sustainability? How to imagine a biennale that does not end up in establishing a promising career for a couple of individuals while the rest of the team is exhausted physically, mentally, and financially?
Prague
Symposium by tranzit.cz with the participation of Spolek Skutek, Liverpool Biennale, Klinika, Oslo Biennial, Jakarta Biennale, Display, Casco Art Institute, Visual Culture Research Center / Kyiv Biennial, Jindrich Chalupecky Society, Biennale Warszawa, Futura Project, Berlin Biennale, Plato Ostrava, OFF-Biennale Budapest, Nha San Collective, ETC Gallery.
http://cz.tranzit.org/ 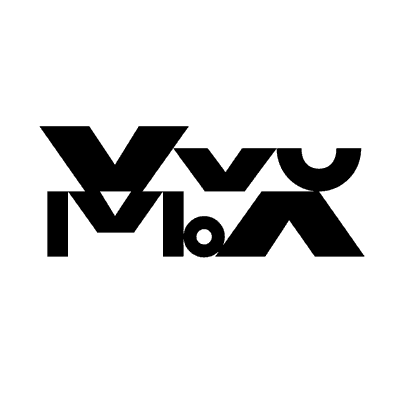 Founded in 2018 by tranzit.cz for the purpose of organizing an international exhibition of contemporary art held in Prague in 2020. VVUMOA is built upon the nearly two-decades-long effort of tranzit.cz and it aims to serve as an inclusive platform which engages a wide range of audiences and connects different social groups. VVUMOA is a critical, self-critical and experimental institution. Our aim is to emancipate repressed relationships between the past and the present and examine and dwell in social spaces where legible communication usually breaks down.
https://matterof.art/ 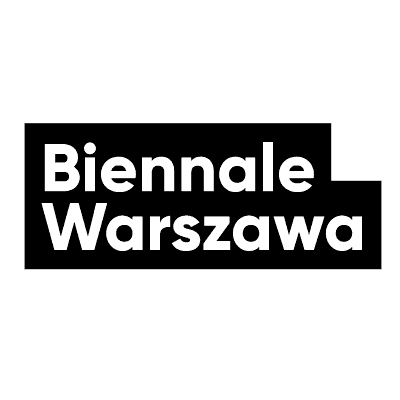 An interdisciplinary hub working in a continuous manner at the intersection of various disciplines, with a distinct socio-political profile. It collaborates with other cultural institutions, non-governmental organizations, and social initiatives, and prepares an “interdisciplinary event in the form of a biennale”. Biennale Warszawa is an institution integrating artistic ideas with research, discursive, and publishing activity. Primarily, however, it is a new type of institution that operates in parallel in the artistic and political areas, while attempting to reclaim influence not only through public debate but also through social and political life.
https://biennalewarszawa.pl/en/ 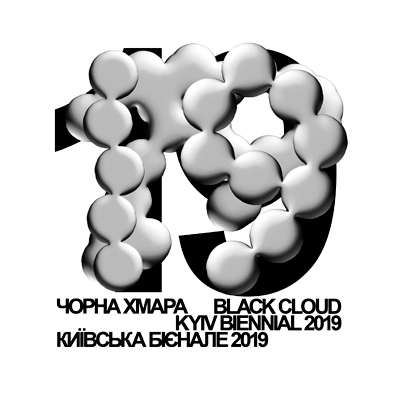 An international forum for art, knowledge and politics that adopts an interdisciplinary perspective integrating exhibitions and discussion platforms. It intensively works with the architectural context of the city by involving unique buildings of the Soviet modernism. Kyiv Biennial is organized by the Visual Culture Research Center (VCRC) whose institutional mission is to foster collaboration between academic, artistic, and activist communities; its main operations are in the fields of exhibition-making, publishing, organizing discursive projects, documentary video production and other forms of cultural activism. Since 2008, VCRC operates as a cultural platform (both in Kyiv and internationally) with a program of exhibitions, conferences and public debates. The biennial editions include: The School of Kyiv, 2015, The Kyiv International, 2017, Black Cloud, 2019.
https://blackcloud.info/ 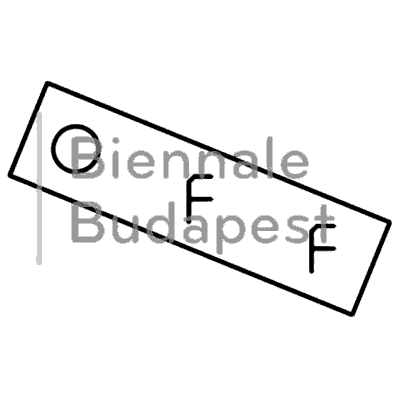 The largest civil, independent arts initiative in Hungary. It started in 2015 as a grassroots statement project that was to testify to the independence, resilience, and capability of the local art scene. Started and sustained by a handful of art professionals, the one-time event has since turned into an independent platform where art engages with pressing issues, and the underlying dialogues and collaborations of artists, curators, researchers, students, and various civil groups and organizations can be nurtured and promoted on a local as well as international level. OFF has never applied for Hungarian public funding and steered clear of state-run art institutions – a policy that, while it counters the project’s principles of cooperation, sharing, and serving the common good, is still deemed necessary in order to preserve freedom of expression and professional integrity. The third OFF-Biennale will take place in May 2021.
https://offbiennale.hu/en 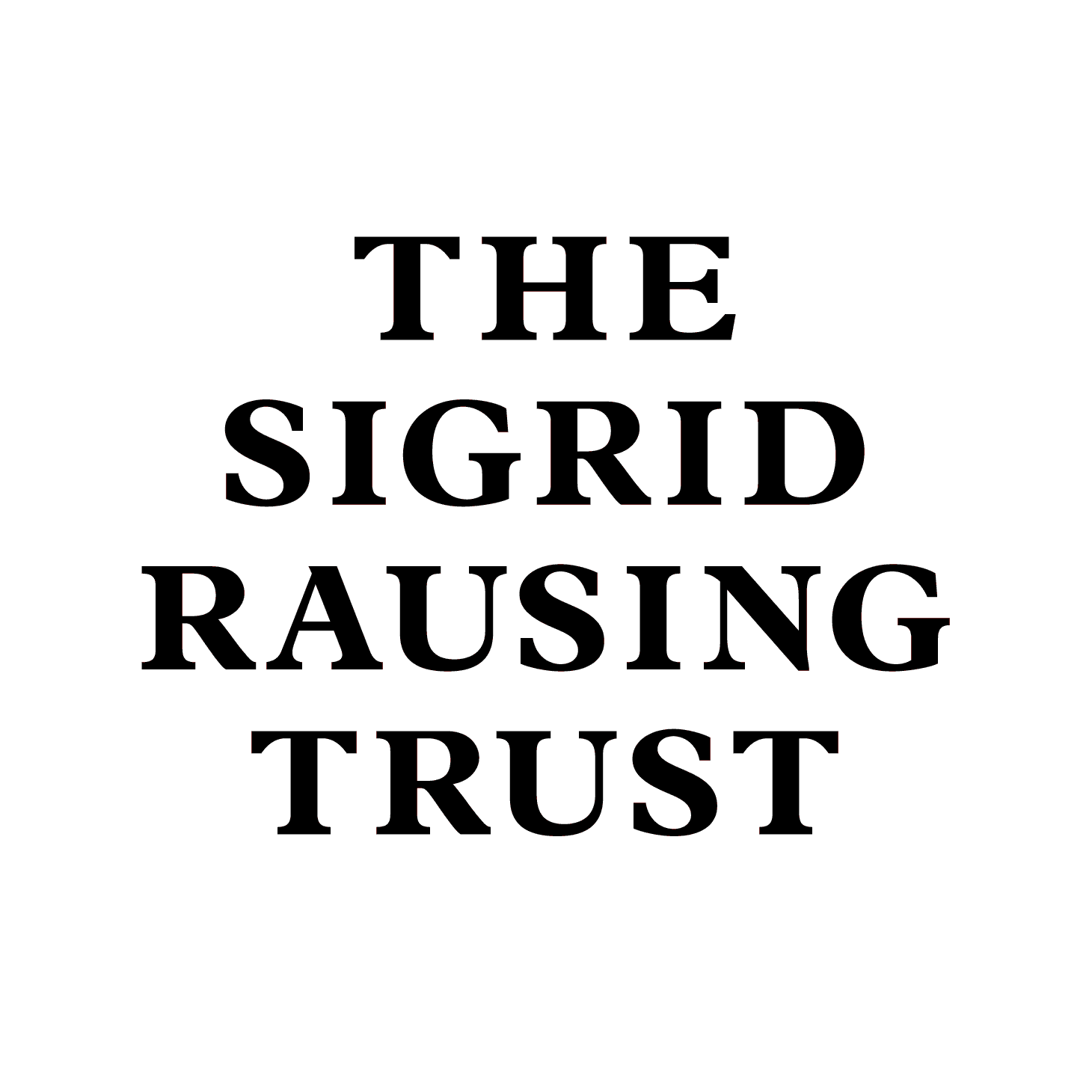